Hi All, thanks for taking a look at my post.

I have been trying to get my 6n2 polo gti 2000 1.6 back on the road and I’m having some issues getting the engine going. I’ve narrowed the issue down to a fuel system problem as I’ve changed the battery, ignition coil, ht leads and plugs.

The engine also runs when the fuel pump is disabled and a can of engine starter is sprayed directly into the throttle body when the air filter is removed. I’m considering changing either the fuel pump or relay but not sure on the best way forward given the symptoms.

Many thanks in advance for any advice.

Seems strange that the car started when the fuel pump fuse was removed - it's then only residual pressure that can allow fuel to flow and I would not have thought that would be enough to allow it to rev.

For that reason I would start by checking the fuel pressure regulator. If it is holding too much pressure then the quantity of fuel being delivered would be too much for normal conditions.

Hi, does the car start at all now? Or does it just crank?
Top

Many thanks for your replies.

I agree, very strange symptoms so the FPR is a good shout. The fuel pump is clearly pumping fuel as there is fuel going into the injectors. It has been off the road for three years so I was hoping it was a blocked fuel filter but that isn’t consistent with the symptoms, will change anyway as it seems a good idea at this point.

I was thinking it was possibly the fuel pump relay as the pump might not be coming on at the correct time.

I think the FPR makes sense as it got closer to firing when I removed the air filter from the throttle body, introducing more air to mix with the over fueled engine. It also produced some white smoke when it started without the fuel filter fuse in pointing to too much fuel in the mix. Is my logic correct.

It would be very helpful if someone knows what is the bar rating of the FPR, I’ve been looking around the net and 3 bar seems like the consensus.

Many thanks for the input, be great to get it running again, had the gti for about 10 years and was perfect for nipping around london!

I would have said 3 bar without looking, and that's what I have found too

It will fit many cars

You can test the fuel pump relay by opening the drivers door after it has been parked a while. That whirr is the fuel pump priming to system pressure
Top

Hi, many thanks for the advice.

I purchased an OBDII reader to see if this would simply tell me the issue but it gets very close to the end of the scanning process then says it cannot complete the scan. Does this point to an ECU problem?

I’m definitely running out of ideas at this point so any help would be greatly appreciated.

I would ignore the OBD reader problem for now, it could be that at fault, unless it works OK on other cars.

This is a wierd one, so you will have to be logical in the diagnosis.

Does the fuel pump relay run when you open the drivers door ?

Disconnect the electrical connector to the pump and check for 12v with ignition off, on and in the start position (fuse in, and out if you like)

Remove the injector rail complete, reconnect the electrical connection to the pump and as mentioned before place each injector into a receptacle and watch for fuel spray when you are cranking the engine
Top

Did you ever get anywhere with this? I think I may have bought this car to have a play with!
Top

No reply to my earlier suggestions, so that would be my suggested starting point. Of course many things could have been done over the past 18 months
Top

Looks like someone has had a right play with this motor before! Just trying to piece it together bit by bit!
Top

Hi ppl… i know this is a oldish thread but ive jus come across this & i recently like last week had an issue with the fuel pressure & a fault code saying ..fuel pressure regulator”A” performance . So i checked it out on google & i was seeing all kinds of possible reasons for why i was seeing this error fault code, it got me quite worried as some of the issues i was reading were going to be a costly repair , So for two days i was using more fuel than normal & i couldnt for the life of me figure out why !? Now prior to this issue i done a fuel filter service & put a new bosch fuel filter on the car which was needed & thought all would be fine as its just a filter renewal but NO i was wrong !
I got the filter off ebay from a reputable car parts seller i wont mention the company name “but i wont be using them again “!, not so professional tbh, anyway the advert for the part stated that the filter was a direct replacement & fits my car “even down to the engine code “ so i brought it & fitted it to the car as stated .
Right so with these newer cars most parts have to be specific or the ecu wont recognise it & throw codes about causing issues which in my case this happened as the filters for these cars have different pressure bars for the fuel system actually in the filter !! I didnt know this & the filter they sent me was a 4bar thus messed with the pressure flow to the injectors ! I then only found out via google about this lol my polo takes a 6.6bar filter & it is stamped on the actual filter , i put the old filter back on the car & the code went & no more issues & a load off my mind .
Well after all that i purchaced another filter “the correct one” & fitted it & alls good thank goodness
the info could be valuable to someone not in the know lol i havnt been interactive enough in this forum so i was unable to create my own thread about this issue but this thread is relevant so sortov piggybacked sorry . So if any1 has had or has this issue when replacing a filter please check your filter pressure bar stamp on filter, i thought i had messed something up on the car by maybe not priming the fuel pump after changing the filter but i did prime it ,
Paul 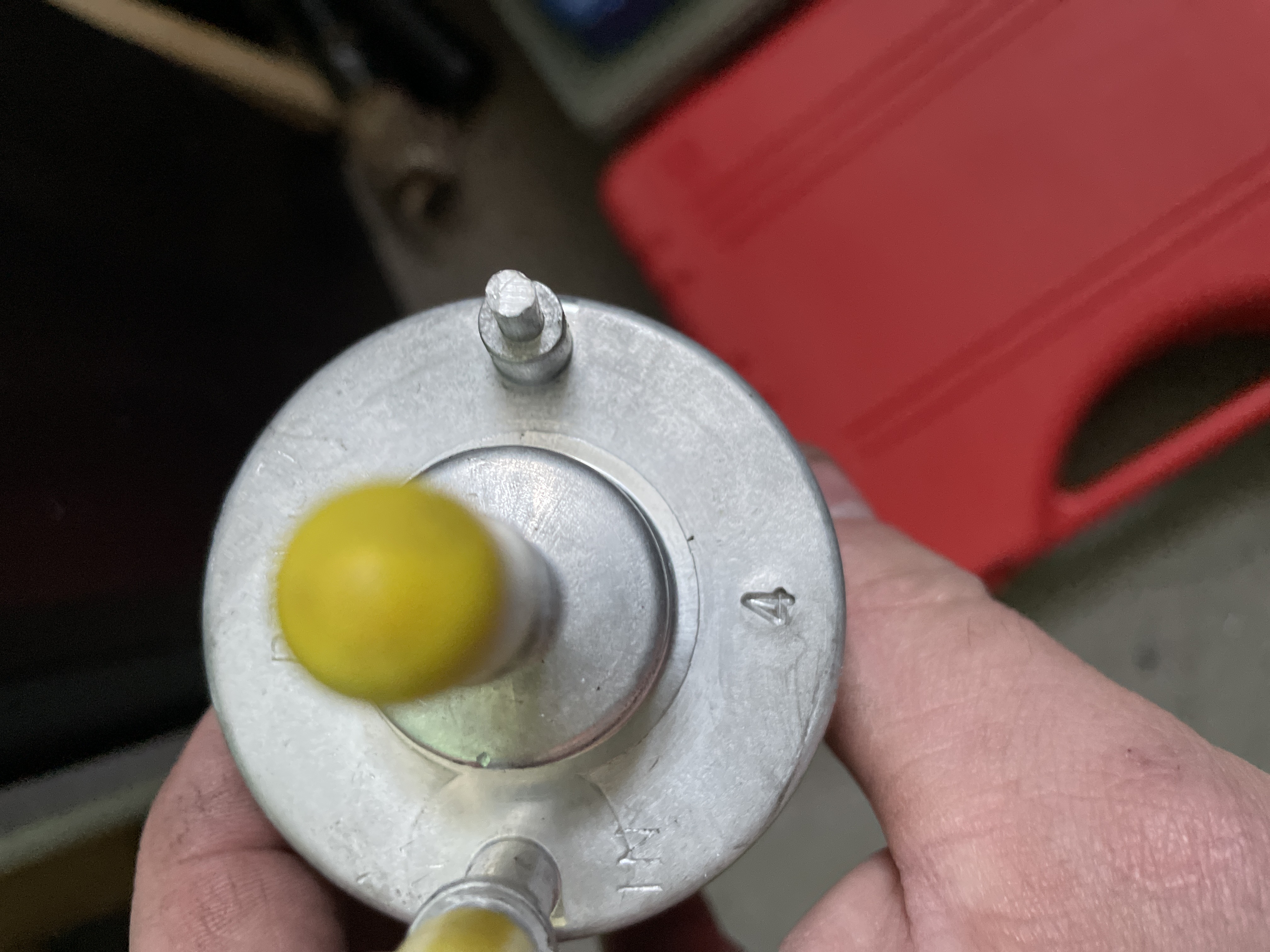 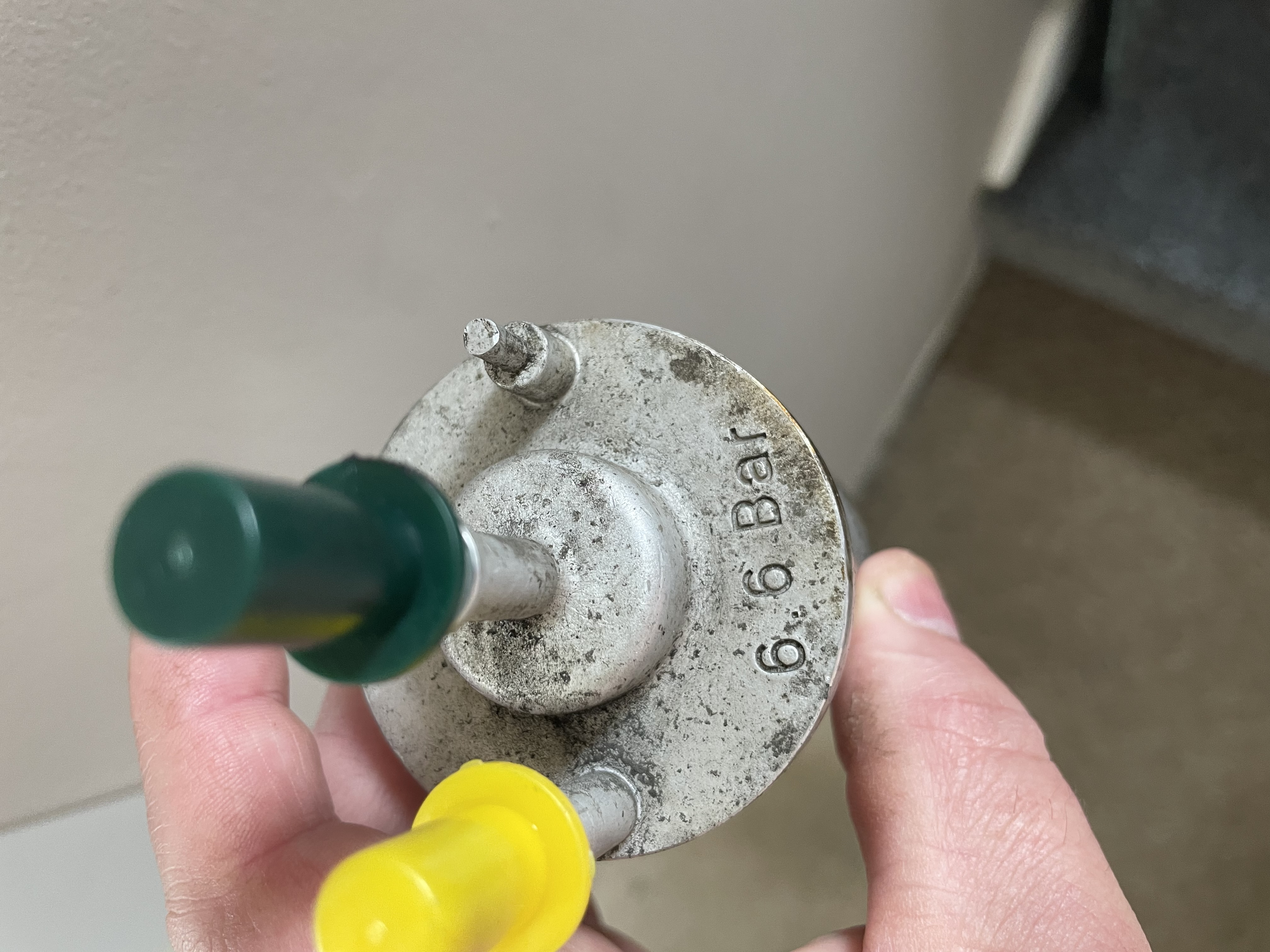