Post FORUM SPECIFIC questions here: Such as, "HELP, I can't keep logged in for more than one session" etc... Not general help questions such as "my car won't start". You get the idea?
Post Reply
5 posts • Page 1 of 1

I bought a car recently that had it's head gasket replaced not long before i bought it, it's done 1700 miles since then and i think it has failed again. The garage that did the work has agreed to repair it under warranty if it is the head gasket, my problem is they aren't local and i will need to get it transported to them. They say they will do a dye test to be sure it is a head gasket fault before stripping it down. So i could be risking £150 if i have it transported and it's not the head gasket.

The symptoms are
Yesterday on cold start there were plumes of white smoke from the exhaust and rough tick over so we turned it off and left it.
Last night on cold start almost no smoke, some might say it was just condensation from a cold exhaust.
I checked the plugs, 3 are perfect. No.4 has slight dirt build up on the earth electrode and it is browner than the others. (see picture)
In the bores pistons 1 to 3 have a slight carbon build up, no.4 is clean (see pictures) 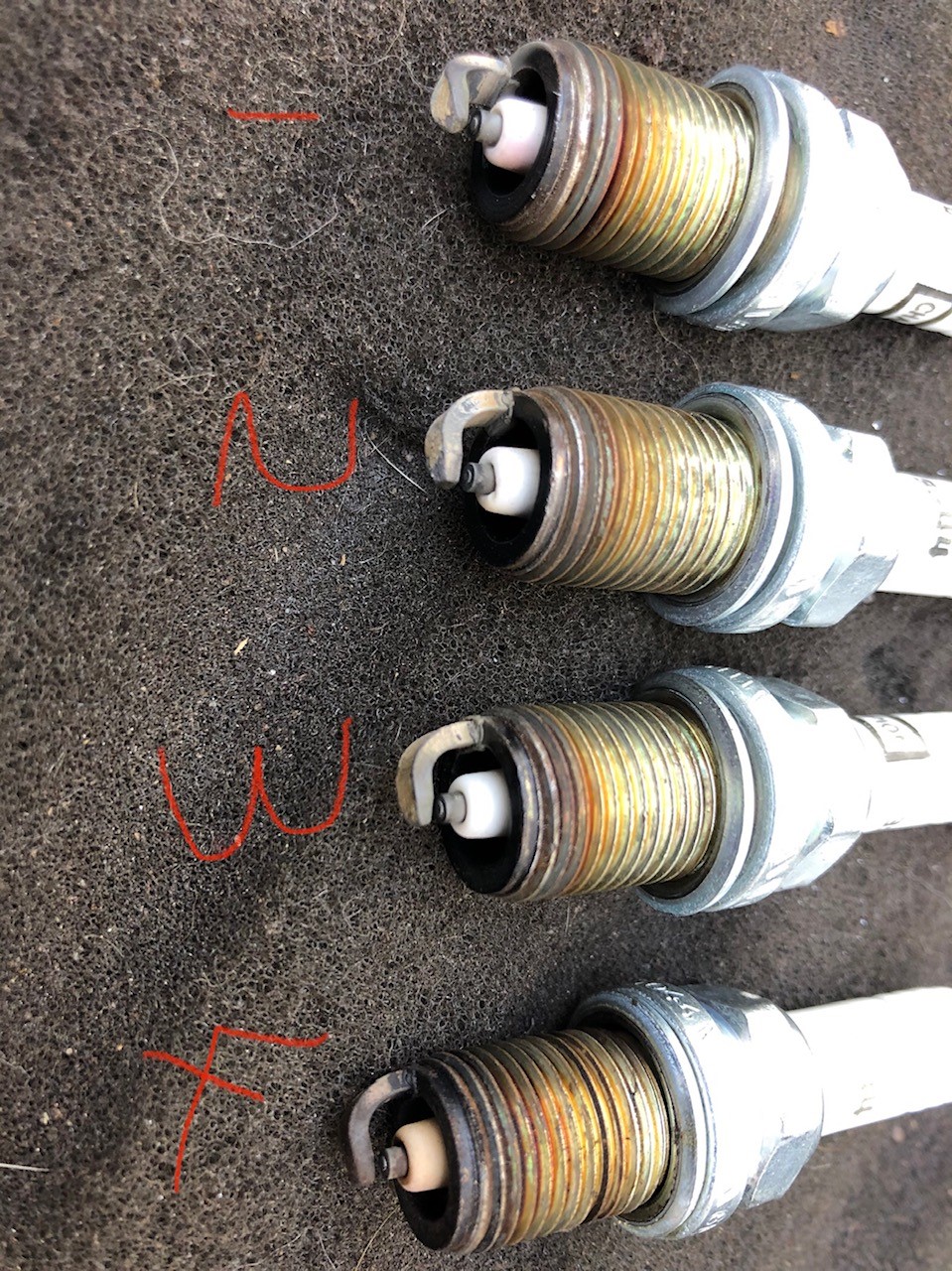 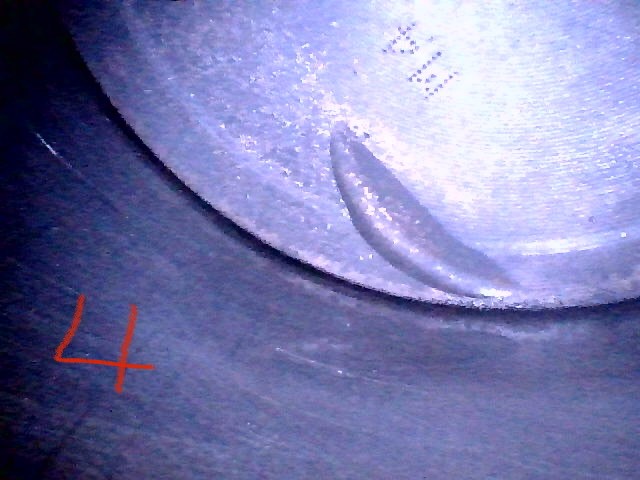 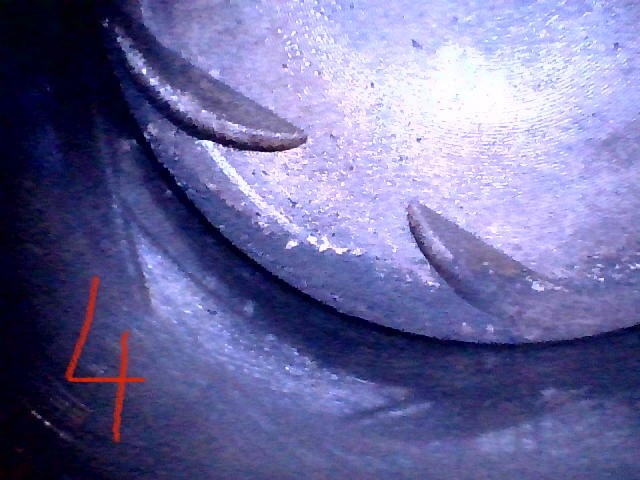 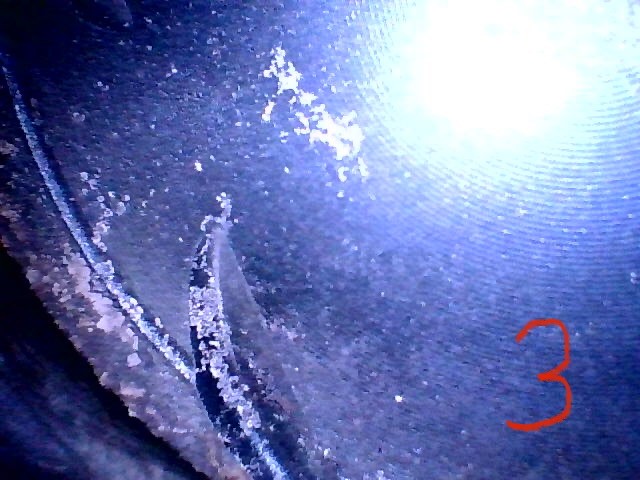 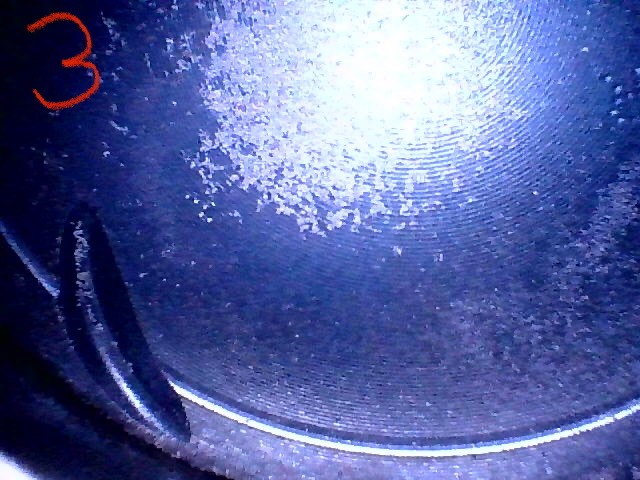 
To me both of the above are indicators of water in the cylinder, the plumes of white smoke were also obvious but now it doesn't do it even when hot.

I haven't done enough miles to say if it is using water and the oil is still perfectly clean. It's 20 years old but only done 7,700 miles - that's not a typo.

So is that enough evidence that it's a head gasket? I could do a compression test but don't have anything to do a dye test. Any input is appreciated.

A dye test is probably your best bet but you have to weigh up the cost of getting it done locally vs transporting it where the test will be carried out again anyway, if it proves "positive".

Other signs of HG failure are excess pressure when removing the expansion tank cap or/and the level rising when pressure released. Cabin car heater may also stop working as air sometimes builds up in the heat exchanger.
Top

I did some more checks.
Compressions tests cold were 145,145,145,130
I added some oil and repeated 160,160,160,135
These are within spec (just) based on minimum specified values for my engine but the difference between 4 and the other cylinders is significant.
Then i bought a home die test kit which showed no problem
Since the initial smoking problem (which was severe but only happened once) i have teaken the car on 3 tests drives of about 5 miles just to get it hot and see if it happens, but it hasn't happened again.

Today it has an MOT so they will be checking the emmissions.

What else might have caused a one off incident of severe white smoke and a lower compression?
Could it be a sticking inlet valve?

A sticking or partially burnt valve will result in difference in pressure, sometimes a intermittently sticking valve will result in normal pressures with different tests.
This won't explain the difference in your cylinder pressures but any of my (VWs) have always been in the 185 to 210 psi range, I carry out the CR test with the throttle held wide open which I think is the normal method, did you do your test the same way?
Top

No I didn’t have the throttle open, I forgot you’re meant to do that.
Maybe I should test them again and with the engine warm.
Top
Post Reply
5 posts • Page 1 of 1